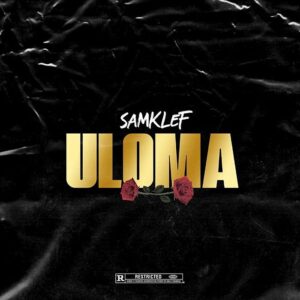 This song is a follow up for his previously released single titled “Egunje” alongside “Eedris Abdulkareem”.

Uloma was produced by Samklef himself, Mixed and Mastered by Masterkraft and Bojibeatz, Download Uloma by Samklef and enjoy.